Journals of a Psychopath 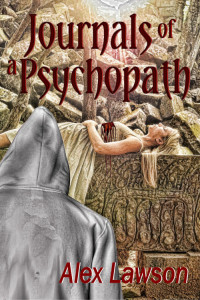 The Trees (The Purifiers)

In Blackclaw Woodlands the home of the Trees, (The Purifiers). They communicate with him. They gave him encouragement and command that silvery-blonde haired women are chosen to be tortured, and sacrificed. Even though at that time he was still young, the insanity and the psychosis within him, the vendetta against silvery-blonde haired women gnawed inside his body. As a man the drink and drugs fill the void, but also lead to his lunacy, fueling his faith in the Trees and his mission. Clarkson’s life is divided into two worlds. The higher world is filled with the screams of women. Clarkson disguises his vocation by pretending to live an ordinary life, he works at a gas station, and he calls it the lower world. Throughout the novel, his narration flits from one world to another. He is certain the blood he spills during the sacrifice to the Trees provided the purification of his soul. There is one particular silvery-blonde haired woman who is chosen to vindicate his calling. He names her the Lady Flarice, his long-term aim to incarcerate torture and enslave her.

A challenging book from first time author Alex Lawson puts the reader in the viewpoint of a psychopath. This could be an uncomfortable book and in less capable hands it may well have proved too difficult to read. However, Lawson weaves her tale with skill and manages to build a degree of empathy for her central character that is really quite remarkable for a debut novel.

The central protagonist, Clarkson Samuel, is the result of a severely damaged childhood, the survivor of the most horrific abuse at the hands of his mother. As he grows, Clarkson develops a pathological hatred for all women who resemble his mother, even in the most general sense. His loathing centres on small women with silvery blond hair. For many years he tried to drown the growing demon in drink and drugs but these only served to fuel his dissociation from reality. Eventually the rage boils over into action as he stalks his victims then finally the inevitable slaughter begins.

With the trees in the woods his only friends, they give him guidance to the correct performance of the necessary rituals of sacrifice, the spilled blood would redeem his soul and release the pain.

The narrative flits skilfully between the two worlds of reality and psychosis and paints a truly disturbing portrait of a man succumbing more and more to the devils in his mind. Whilst the uncomfortable subject matter may put off some readers the book nevertheless rewards those who stick with it. This is not the usual psychopath/police procedural story and takes the reader on a journey which is certain to create much thought and possibly sleepless nights. We understand this is the first volume in a trilogy which promises to tell the continuing story from the viewpoint of his two children.

Overall a good read and a brave entry for a new author but with a saturated crime/murder market this is one novel that just might break through.