Looking After Number One 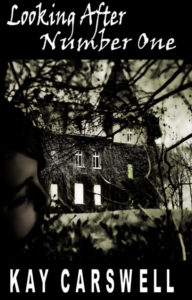 Anna Boyd is jobless, again, but thanks to her best friend Suzanne she lands the position of house sitter for a wealthy but mysterious couple; the Carltons.

Charles Carlton has taken a lifetime to build up his empire. He and his wife now live in luxury and own the opulent ‘Number One’, a beautiful house where nothing is quite what it seems.

But why have they chosen Anna, who bears a remarkable resemblance to their errant daughter, Marianne, to look after their precious possessions?

On Anna’s journey to find the truth she meets the lovable and bumbling Mabel, the irascible Huw and gorgeous Harry.

While Anna is trying to solve her problems Suzanne has some of her own.

Will Anna find the life she wants to lead, with the man of her dreams or will this house sitting job be her last?

Looking After Number One is a surprising book in many ways and a slippery one upon which to pin a genre label. Part mystery, part romance and not a little psychological thriller, it’s probably best to just enjoy this tale and not worry too much about in which box it belongs.

A surprise invitation to an easy house-sitting job seems too good to be true for Anna. Mr and Mrs Carlton, the owners, seem just a little too keen to take her and the job just a little too easy. Then her suspicions are further roused when she thinks she sees the owner in town when she is supposed to be on a cruise. After being mistaken for the Carlton’s estranged daughter, Anna takes to investigating her enigmatic employers. A missing wine collection and narrow escape with a collapsing greenhouse cause Anna to probe deeper. After uncovering the mystery of the locked rooms Anna begins to fear for her safety. The pace is decidedly leisurely but grips throughout as the protagonist is drawn deeper into the secrets of the Carltons and their past.

Although the mystery element of this book is the key driver, it is also at its heart a romance. The relationships are sharply drawn against the backdrop of the strange goings-on as the tale twists and turns. Kay Carswell has a skill in creating realistic characters who all move with their own motivations creating a tapestry of interactions and conflicts. The plot set points are delivered at just the right moment and keep the mystery and character developments in fine balance. A skill missing in many a debut author and one which promotes Carswell to the ranks of authors to look out for.