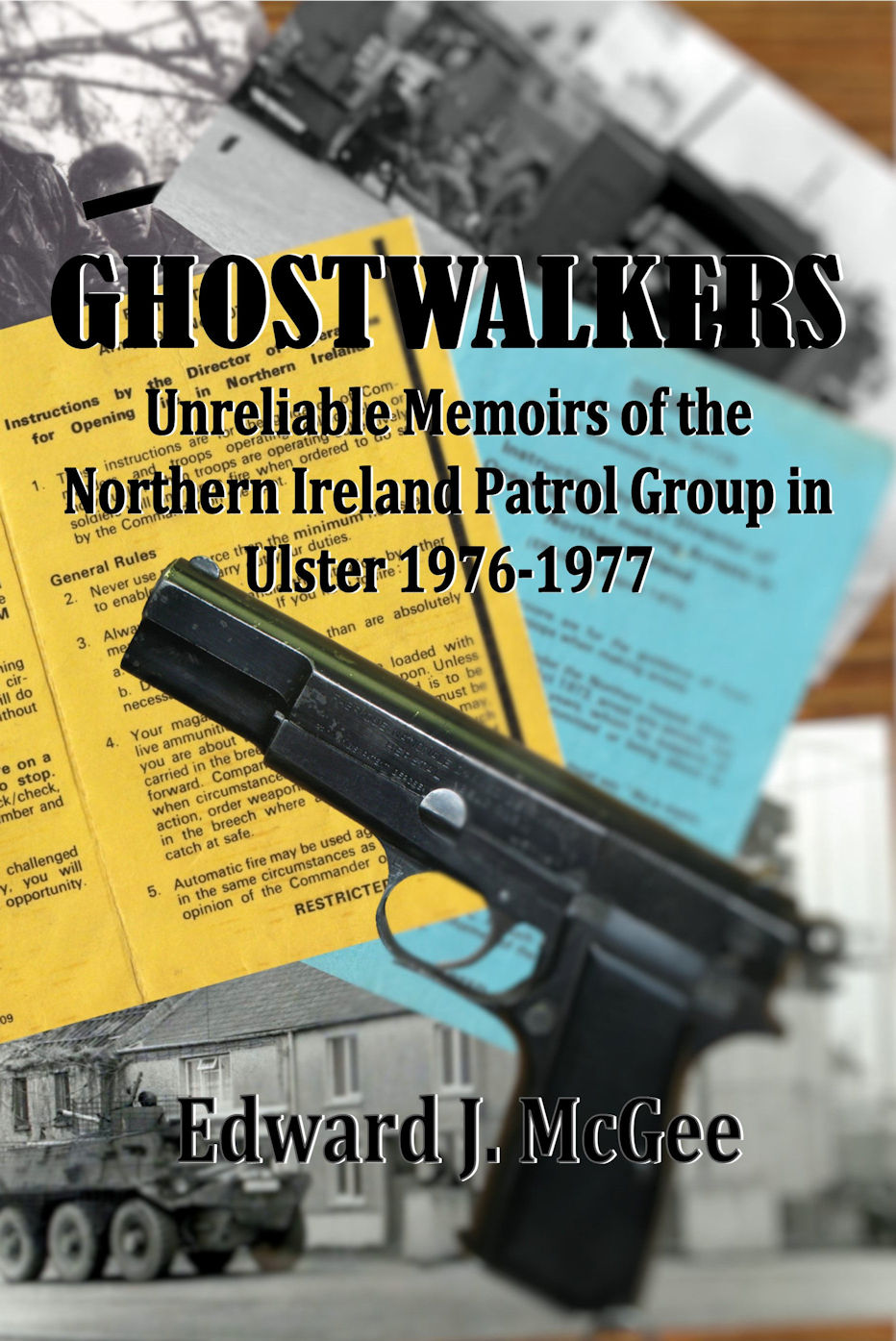 An irreverent recollection of service in the ‘Poor Man’s SAS’ during the troubles in Northern Ireland in 1976-77.

Working right across the Province the Northern Ireland Patrol Group was probably the least known team of special forces.

Funny, sad and memorable – you just couldn’t make this up!!

The author joined the British Army at 15 and spent 2 years as a Junior Soldier in Oswestry and Exeter.  Then he served for 12 years in the Infantry where he served in UK, Hong Kong, Northern Ireland, Germany, Denmark and Portugal.  He maintains his military links by participating as an adult instructor with the Army Cadet Force.  He now works in Information Technology and has been happily married to Bev for 38 years, with two children James (16) and Lauren (14).

Ghostwalkers covers a subject that has been dealt with many times, Northern Ireland during the Troubles, but most books looking at this period don’t do it with such gentle humour, understanding and fascinating detail. The reference to the ‘poor man’s SAS’ is light-hearted but also gives a hefty indication as to the seriousness behind the stories.

This history of the NIPG, the Northern Ireland Patrol Group, is entertaining but it’s the level of detail and the wonderful characters that have us hooked into their world. I felt like a time traveller, able to see a small country during a difficult period and understand it in a new way. Following these young men through their time in the army is illuminating and never dull. The Troubles were a terrible time for many, and it might seem disrespectful to many to make light of them, but this book examines these times with an eye to the humanity and that’s what makes it so good.

The writing is clean and clear, the narrative flows with the addition of lovely vignettes that expand the world of these soldiers. I simply love the detail and have thoroughly enjoyed the lists of kit at the end of the book and on the author website. This difficult subject, told by a man who understands the British Army, is handled well and provides a fascinating insight into a branch of the armed forces I never knew existed. Here’s to the NIPG!